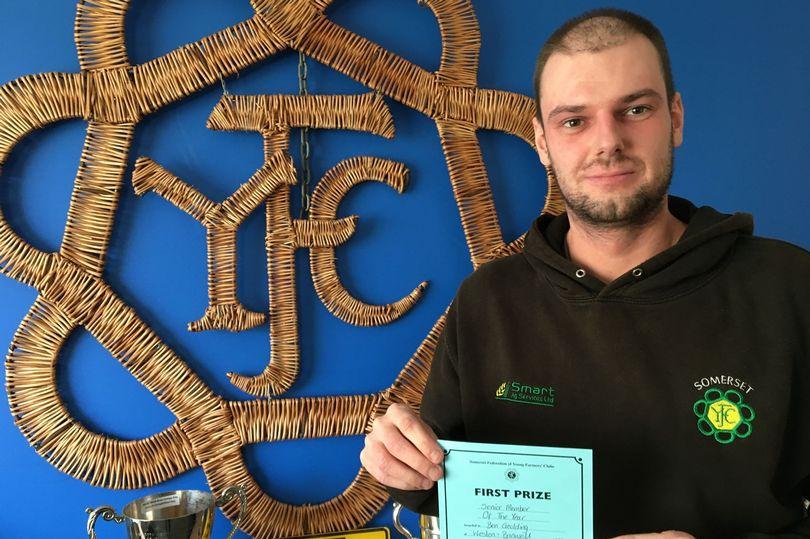 SYFC Vice County Chairman has made the regional news by talking about his positive experiences with SYFC.

Ben Goulding, 27, is not from a farming family or background and grew up in the town of Weston-super-Mare but told Somerset Live that he credits Somerset Young Farmers with transforming his life.

He says: “Compared to five years ago, I'm a completely different person - all thanks to young farmers. I'd struggle to speak to others; I was always shy. The young farmers never forced me to do anything when I joined them - they encourage and support."

He said: “I can speak at public meetings, organise events and meetings, and sort out venues. My one regret is not knowing about this when I was 10 years old - I've missed so many opportunities."

It was through an old school friend that Ben discovered the young farmers group, when he was invited to a local sport event.

"I'm so glad I went to that first event, it changed my life,” Ben said. "The fun sports meant I got the bug despite my initial concerns about not knowing anybody. I did the 'dumpy sack race' - four people, one in each corner of a dumpy bag, like those from builder's yards, all working together to try and win a sack race with a difference. There was so much laughter."

The encouragement and support of his fellow members inspired Ben to take on more and more responsibility - from helping backstage with IT roles, to acting on the stage, and from playing sports to organising events and awards evenings.

Next year Ben will become the chairman of the organisation and will hand out awards to members - speaking in front of an audience of 150. Not bad for a shy lad who once "couldn't tell the front from the back of a cow".

He now wants to inspire and encourage others, to help others the way the organisation helped him.

He added: “You get out of it what you put in. It's fun, it can be hard work and take a lot of effort, but you get a lot out of it.

“You never leave the young farmers really. You stay on and support members passing on advice and knowledge and there's always youngsters coming in.”